Menu
Covid-19 Info
Due to our modest workshop space masks are mandatory for all workshops to ensure everyone's comfort and safety.
EVENT 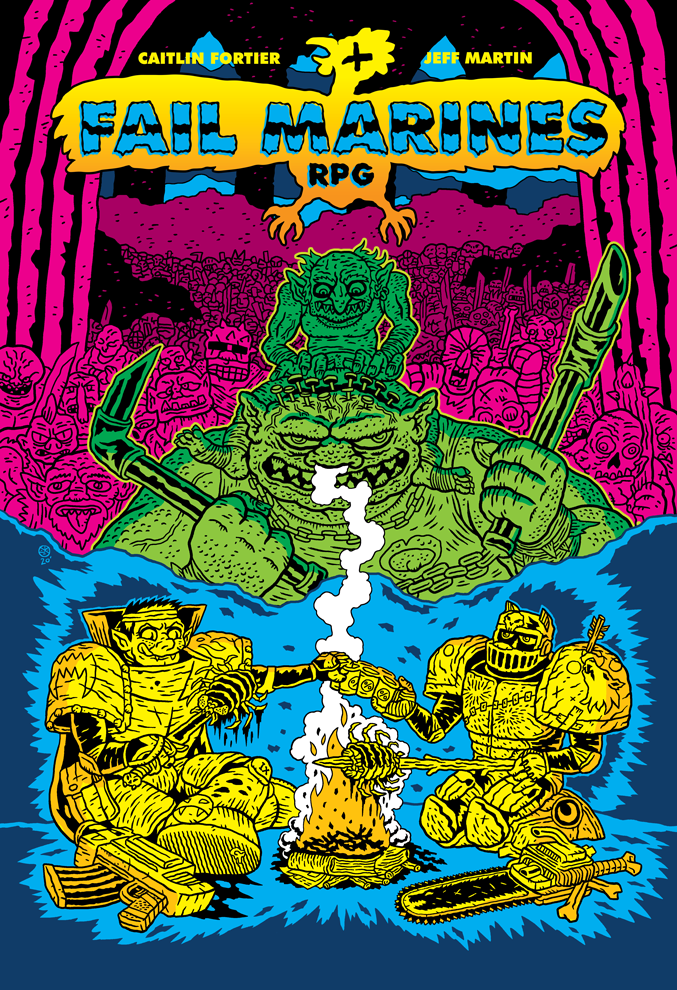 This is a free play session of a brand new Edmonton created tabletop roleplaying game!

Welcome to the ranks of the Fail Marines!

In the bleak gloom of the distant future, the chaotic remnants of Terra's star empire are embroiled in a state of unending conflict. Only through the force of an army of genetically engineered, superhuman warriors does the empire cling to what remains of its territory. Unfortunately, you can’t be quite as picky about recruiting standards when you are constantly on the brink of destruction. But, as the saying goes, “you go to war with the army you have”...even if all you’ve got are the failsons of galactic conquest.

Players will take on the role of factory reject super-soldiers as they attempt to make it through their mission in mostly one piece in this narrative-focused, mechanics-lite military sci-fi RPG developed by local creators Caitlin Fortier and Jeff Martin. This one-shot adventure will be led by our intrepid DM, Jeff, a local comic book writer and artist who has previously done work for Games Workshop, Heavy Metal and GWAR.